During Coach Wacker's last season in 1996, the helmet stayed largely the same, but the brick M changed.  This brick M was slightly "thinner" than the 94-95 M and was darker in color.  The M was a dark maroon with white inside, and black outside border.  The names were also placed on the rear of the helmet in transparent tape with small black font vertical lettering. The 1997-98 went of the early Mason era went to a dark maroon, similar in color to the M on the 96 helmet.  A smaller brick M was used on the sides in bright gold (or yellow) with a maroon inside border and white outside border.  Maroon facemask, player #s on the back of the helmet, and Big Ten on front bumper was used on the 96-98 helmets.  Air and Riddell both produced helmets for the Gophers during this time. 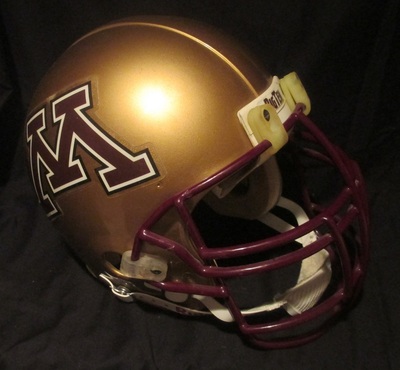 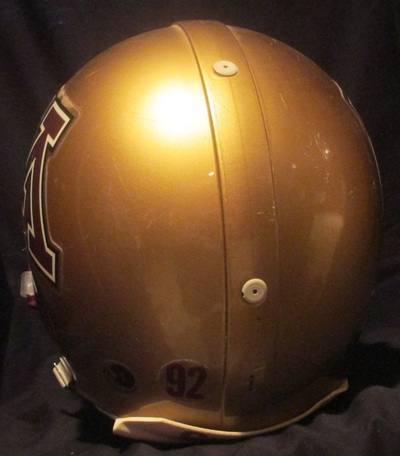 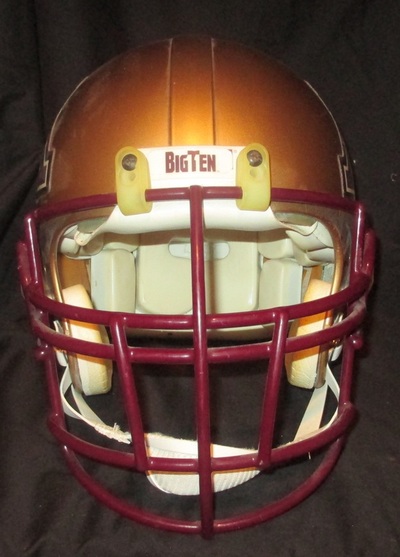 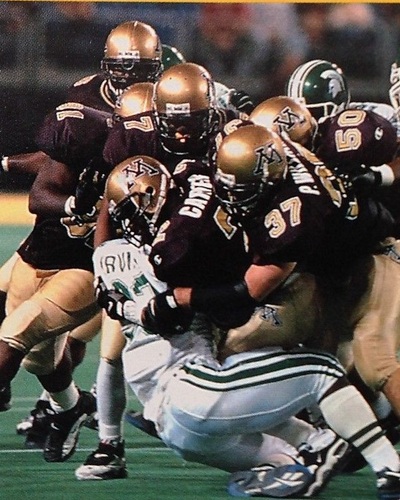 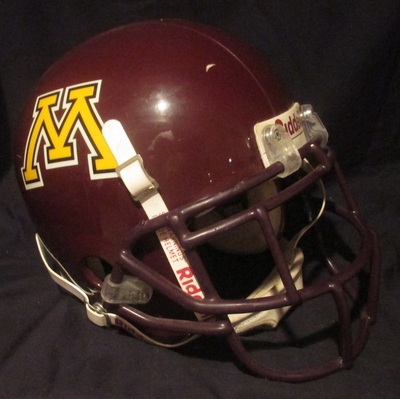 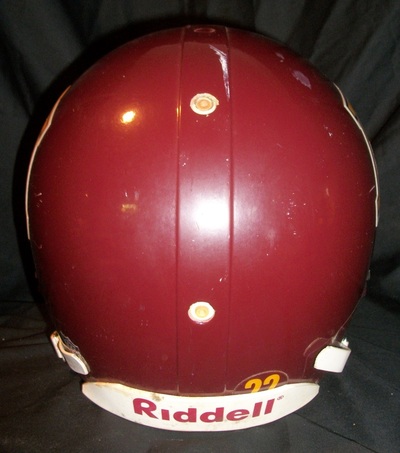 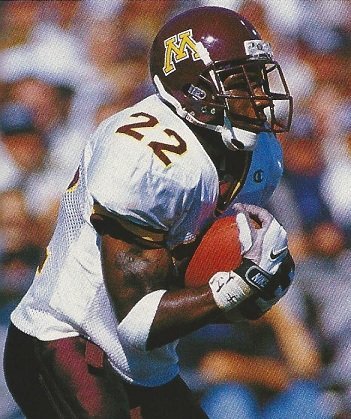 The 1996 jersey went away from the crazy Apex jerseys to a more conventional, albeit cheaper looking Champion made jersey.  The home jersey was a dark maroon with Minnesota across the front.  These jerseys had gold #s, and letters (on front only) in gold with maroon inner, and white outer border.  The names on the back were in white.  The white jerseys featured maroon #s and letters both front and back (back player's names had no border) in maroon with white inner, and black outer border.  The Champion logo patch was located on the sleeve.  One important detail to the 96 jerseys are this; the maroon jersey has a larger mesh for the body, while the white away jerseys had micro mesh bodies.   These jerseys were sold at the bi-annual garage sale by the U and had both large and micro mesh available for each color for sale.  ONLY the ones listed above are game worn.  The micro mesh in home, and larger mesh in away were not worn.  The reason, as we were told by the retired equipment manger was that the jersey styles chosen for use looked better on TV.


The 1997-98 jerseys were also made by Champion, but the Minnesota was dropped from the front of the jerseys.  Also, both jerseys were of the large mesh vs the micro mesh.  Sleeve stripes were also added to these jerseys, and the Champion patch was moved from the sleeve to the chest. The home jerseys had gold numbers bordered in white (and player names in white), and away jerseys had maroon #s bordered in gold (with player names in maroon). 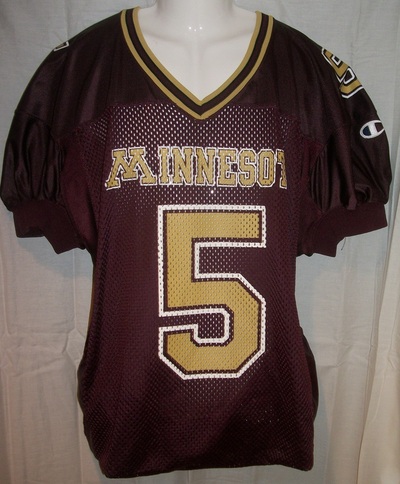 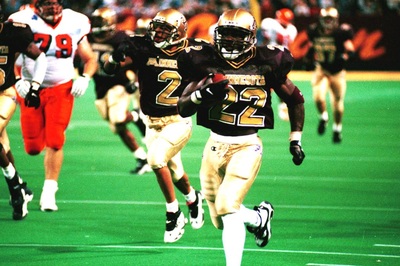 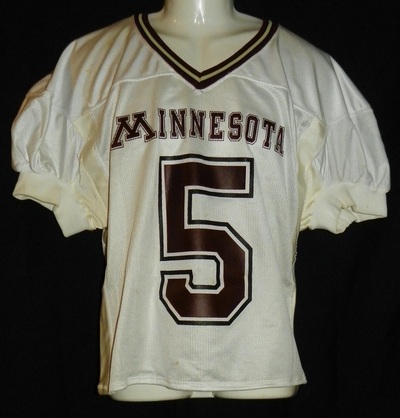 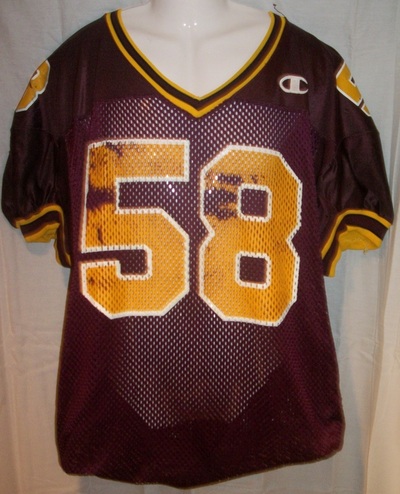 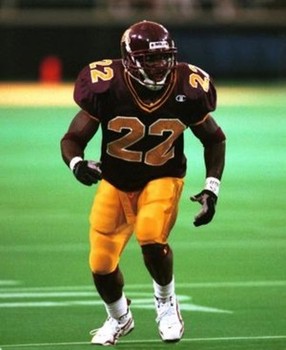 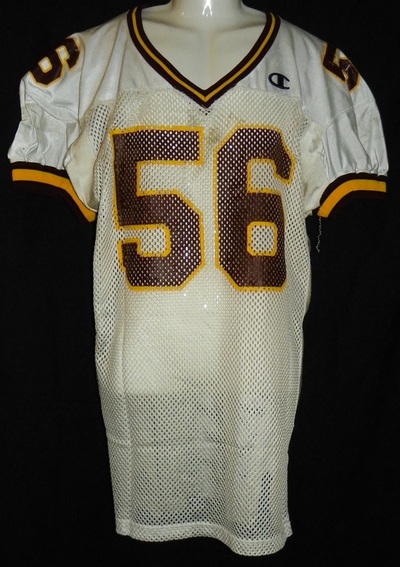