Minnesota Gophers Outback Bowl trophy replica.  This is an exact replica of the winners trophy from the 2020 Outback Bowl.  This is 4" tall and made of crystal.  It also came in this Outback Bowl presentation box.  Outback Bowl season ticket holders (yes, there's such a thing) had the option to purchase one.  They were the only one's to get one.  The estimated production run is between 400-500.  This is the only one I've seen. 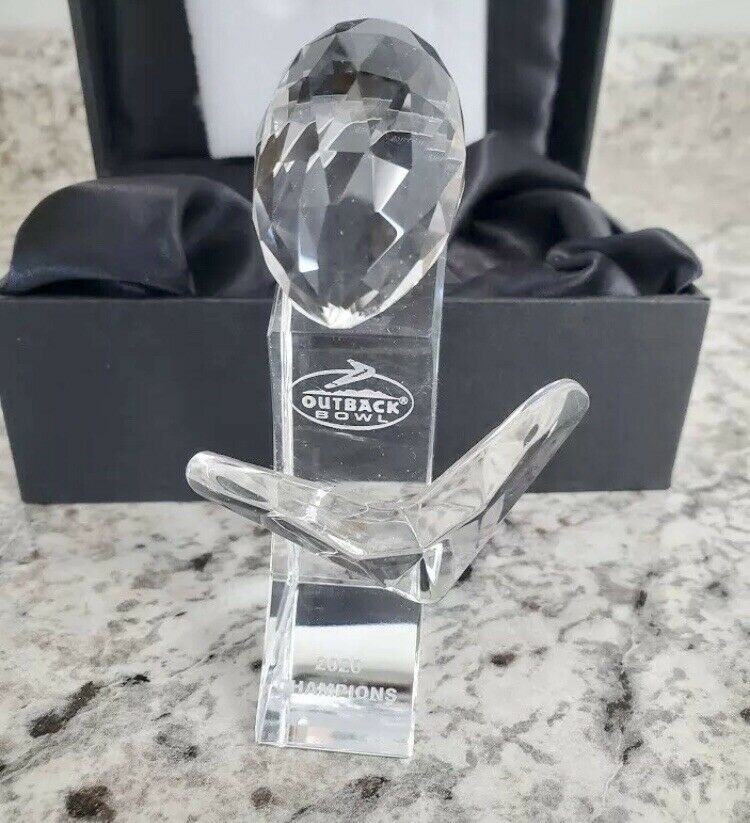 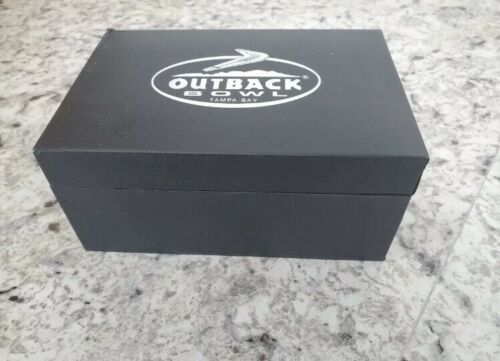 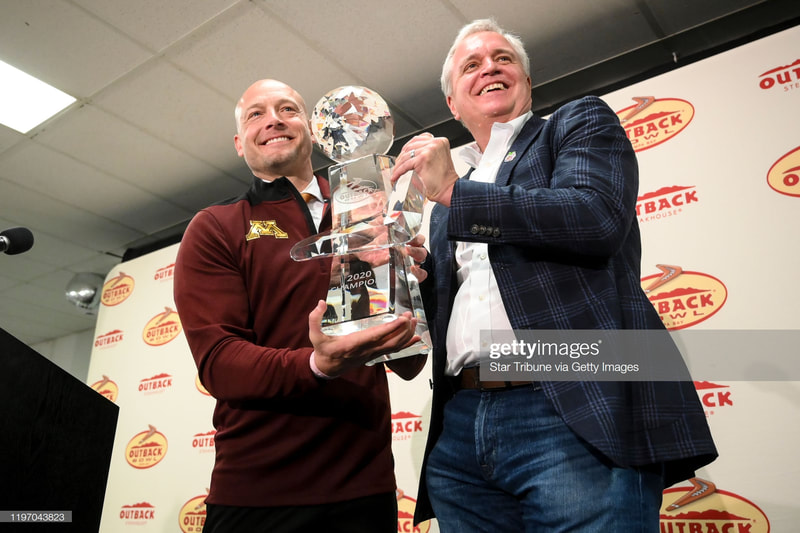 Minnesota Gophers Megaphone.  Yep, this is one of the pride and joys of my collection, and one of the most sought after pieces of memorabilia for me personally.  I've tried to get ahold of one of these for about 20 years until a rare opportunity came up.  This amazing piece came directly from the cheer squad and picked up by me and my son at Williams Arena.  This particular megaphone style was used through 2016, and possibly 2017.  In 2018, Row the Boat was added to the football megaphone, but this style was used by the cheer squad for all sports. 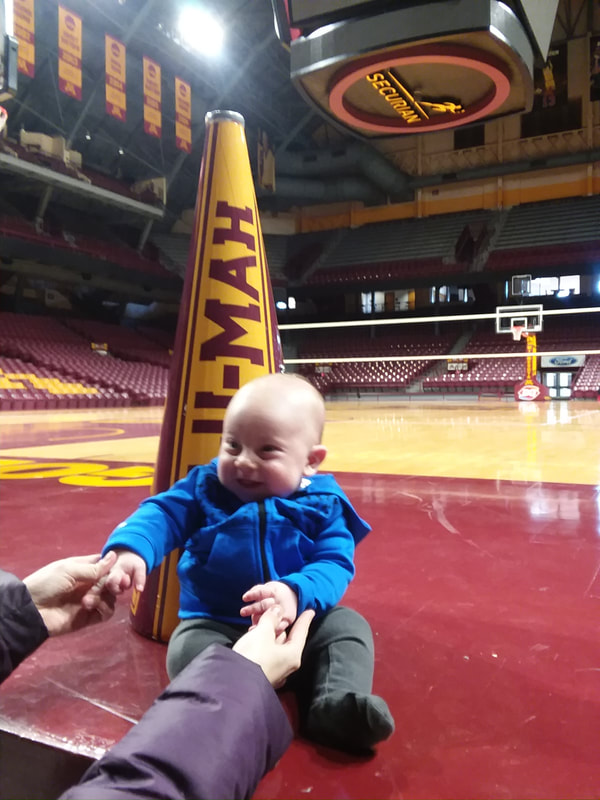 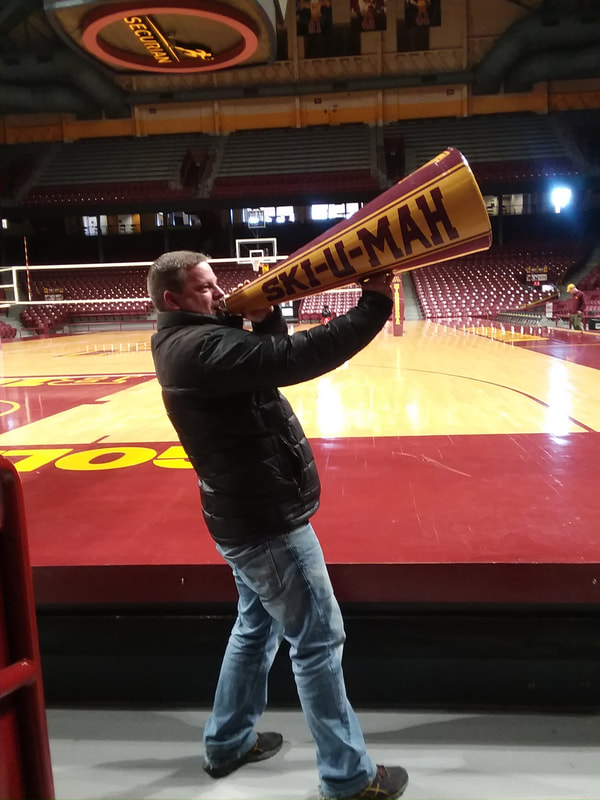 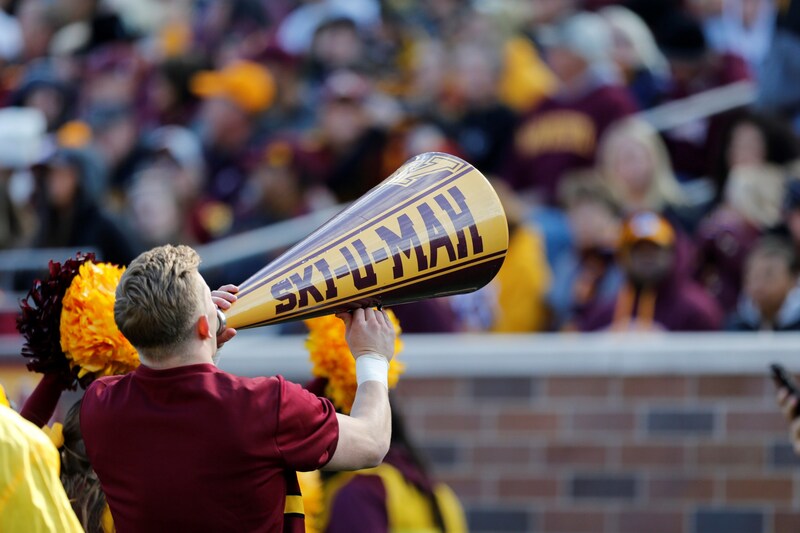 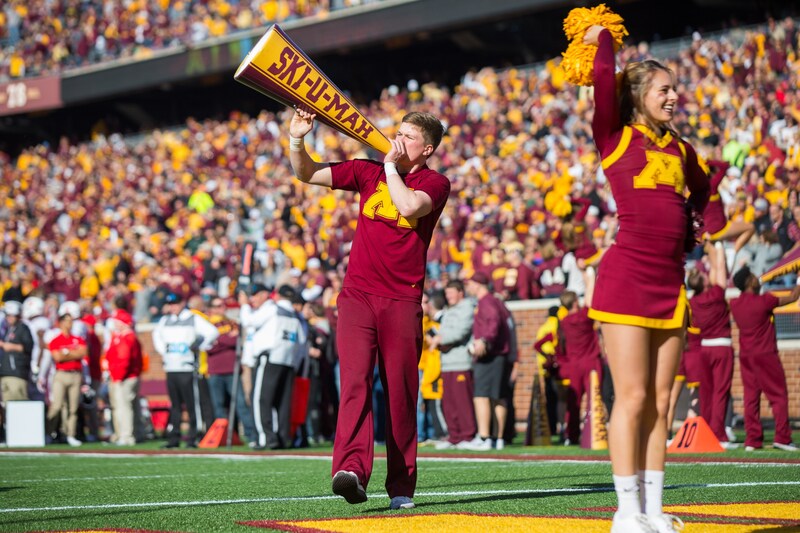 Minnesota Gophers 2018 Quick Lane Bowl banner that hung at the Fowling Warehouse in Hamtramck, MI where the Gophers football team played and won the fowling tournament against Georgia Tech.  I acquired this banner from the Detroit Lions, who own the Quick Lane Bowl.  It's quite big at about 10x12 ft, and the only one that was made and used.  A previous banner that was used in the stadium and at the 2015 fowling event can be seen below.

Minnesota Gophers Locker Room sign from the HHH Metrodome.  This is the only known example used during the Gophers time in the Dome until they were done in 2008.  I'm assuming it was removed before the demolition in 2013. 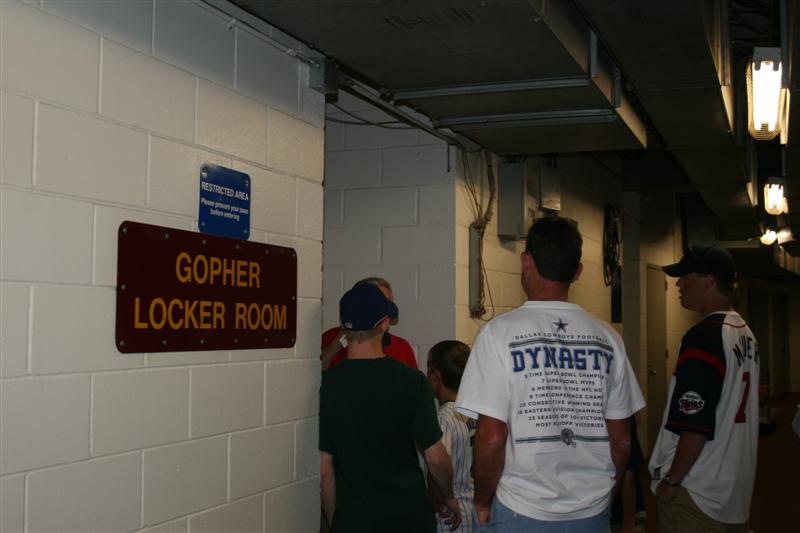 Little Brown Jug Trophy replica.  This is an actual antique, Red Wing Pottery ceramic jug from the turn of the century.  I was professionally painted in painstaking detail by an artist.  It is slightly smaller and lighter than the real deal, and much, much superior the Jug produced by Rivalry Trophy.  Above the just in my bar is a photo (the same used on the Star Tribune sports cover) of Minnesota's win over Michigan in 2014.  My father in-law, wife, and I are all seen in that photo. 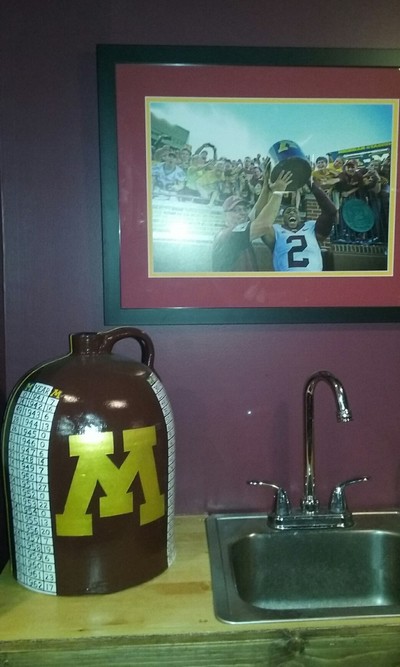 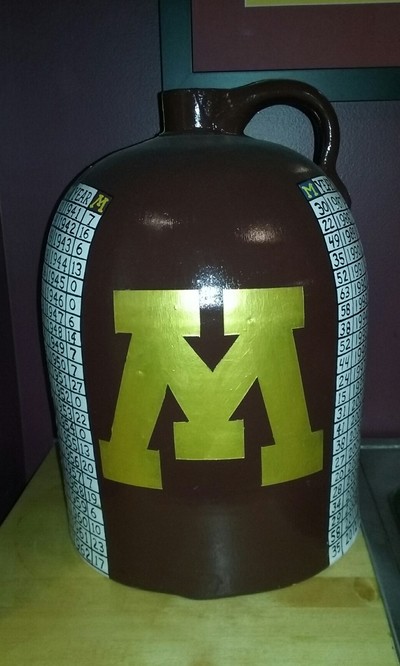 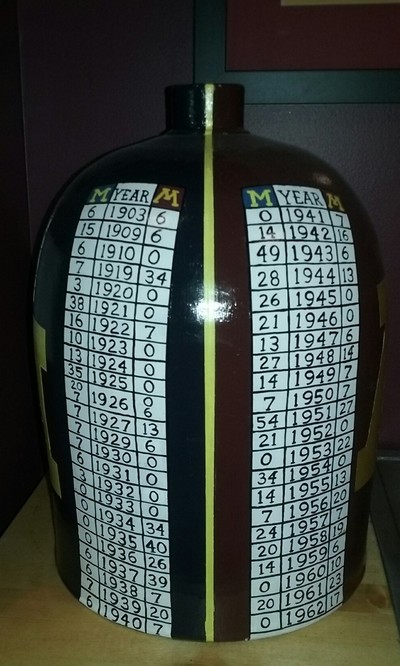 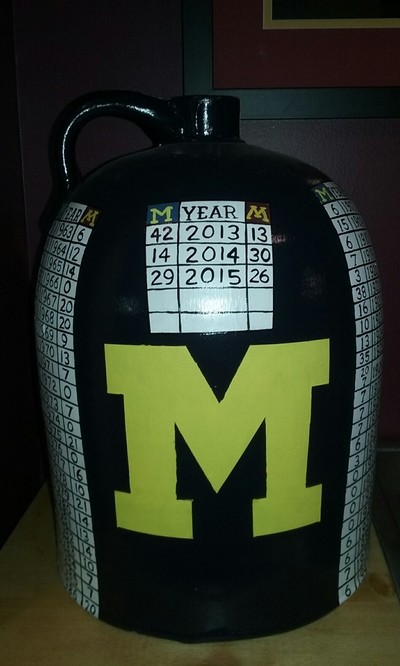 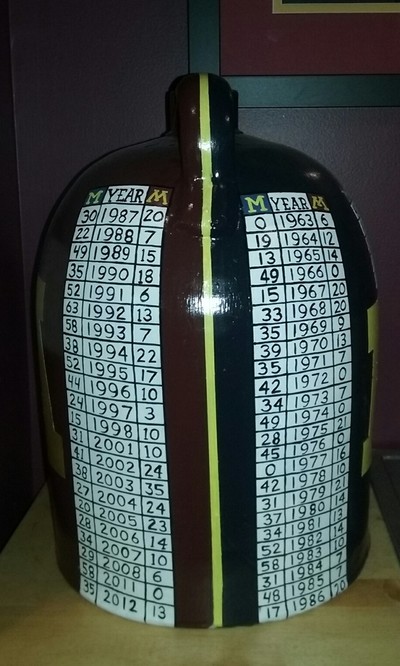 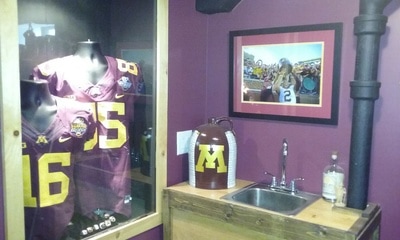 Very rare, original Murray Olderman sketch/cartoon of Paul Giel.  This was given to Paul by Murray and signed with personal note by him.  Given to Paul after his sophomore season.  This is a one of kind item.  More on Murray Olderman here; https://en.wikipedia.org/wiki/Murray_Olderman 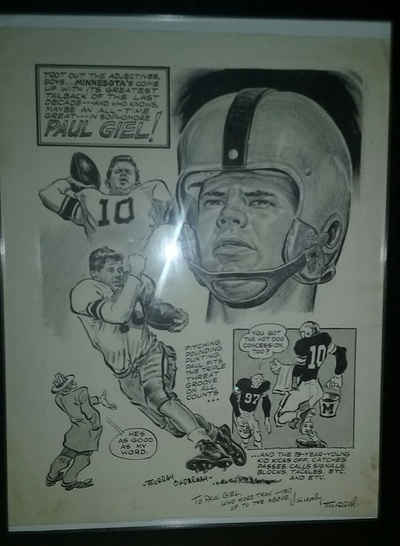 2015 Minnesota Gophers vs CMU Quick Lane Bowl full size, heavy duty, vinyl banner.  Approximately 33x 70 inches.  These were on metal stands in the concources of Ford Field.  This banner was removed from the stand for easy hanging.  Less than two dozen were produced, and this is the only surviving example, gifted to me my a Detroit Lions executive.  It now resides in my Gopher den. 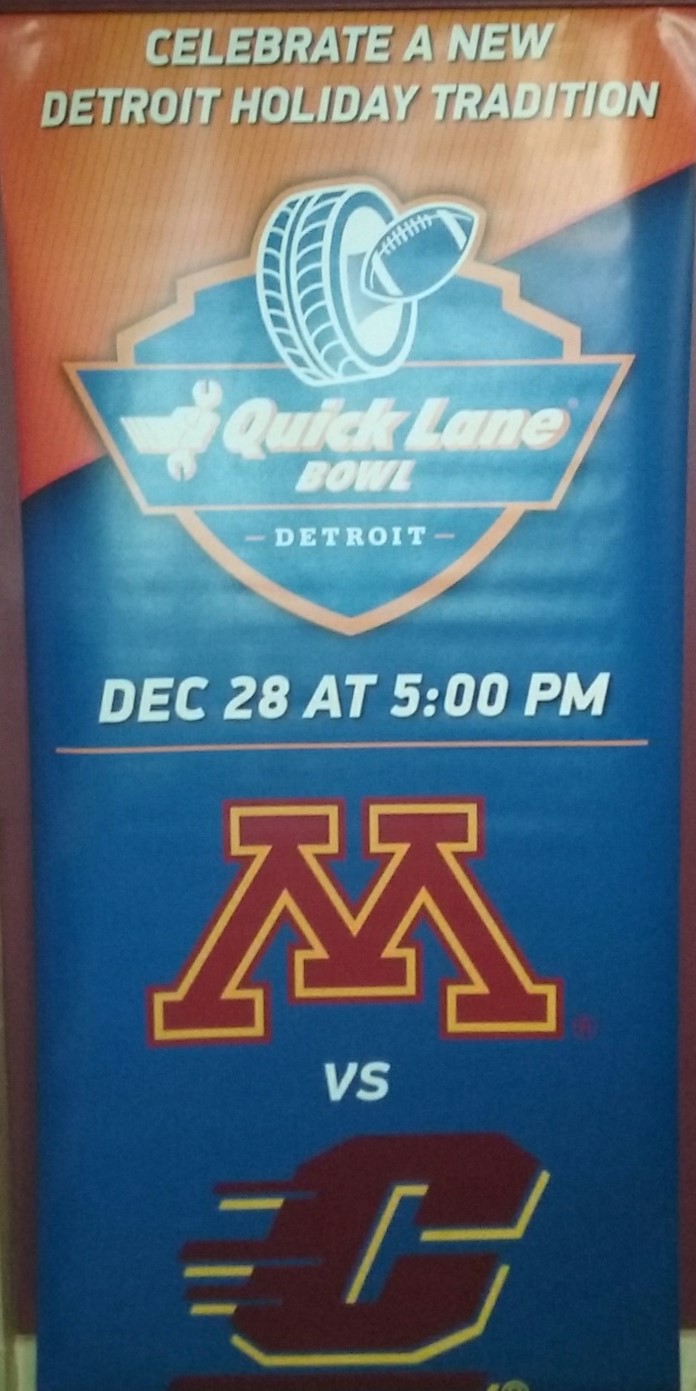 Memorial Stadium brick.  This brick was taken from Memorial Stadium by my father in-law during the tear down process.  He received personal permission to remove the brick from then AD, Paul Giel. 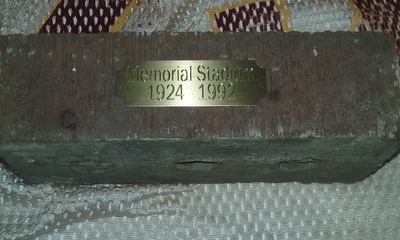 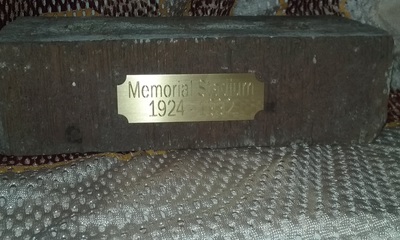 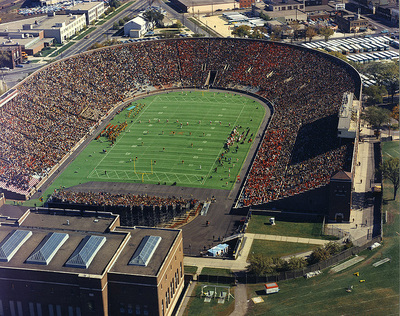 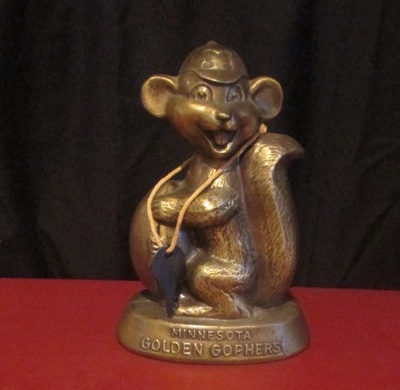 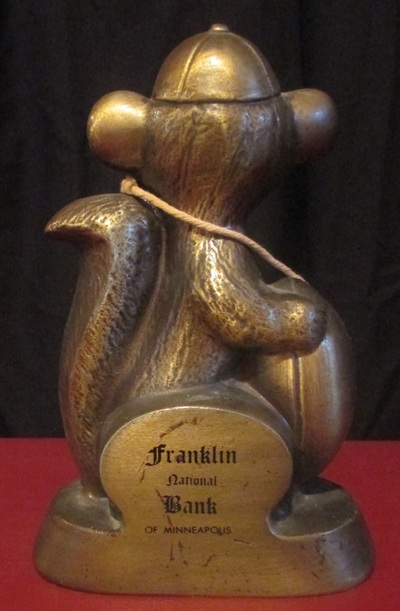 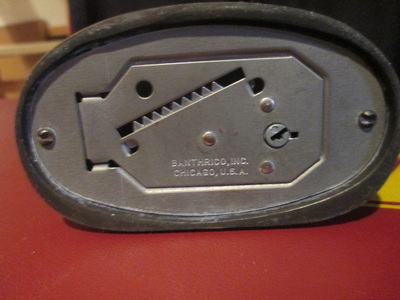 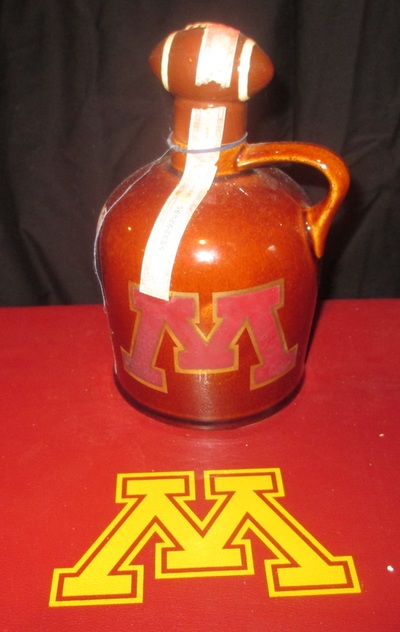 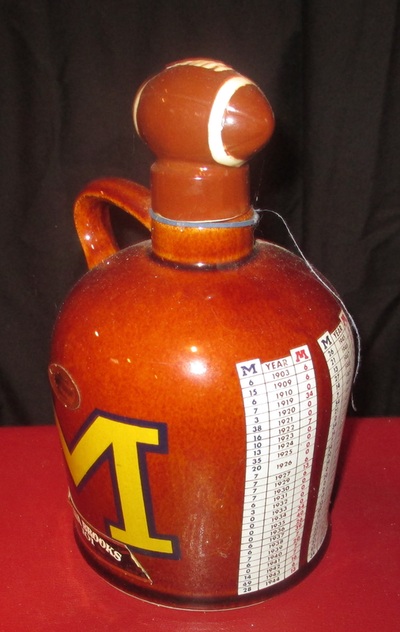 Minnesota Gophers football bobblehead believed to be from the early 1960s. 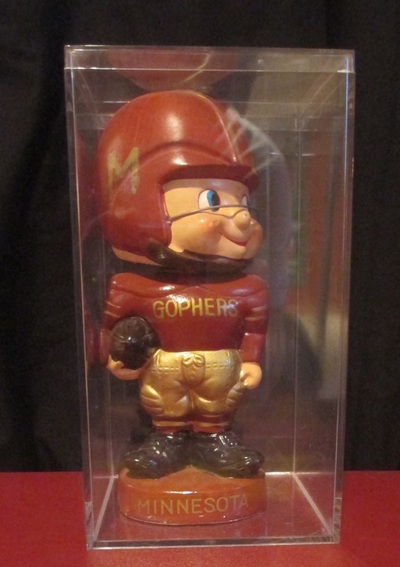 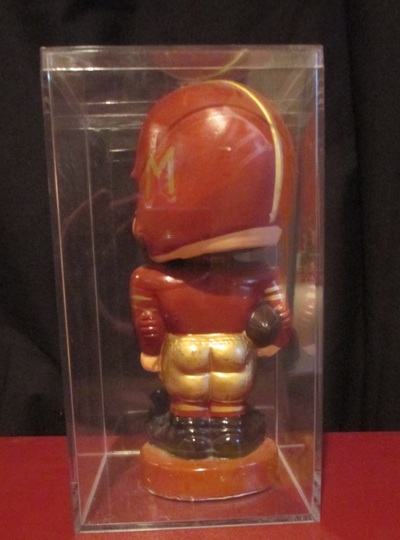 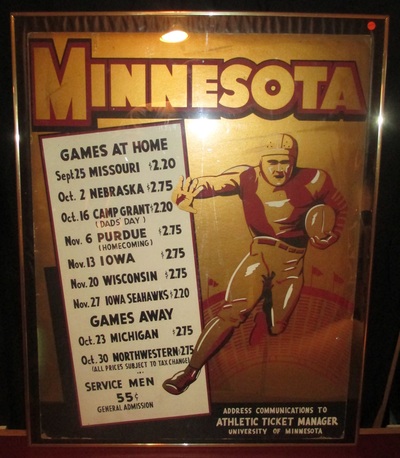 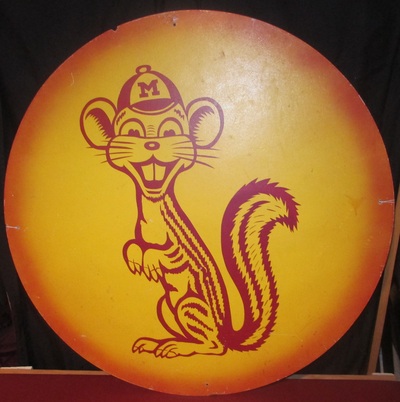 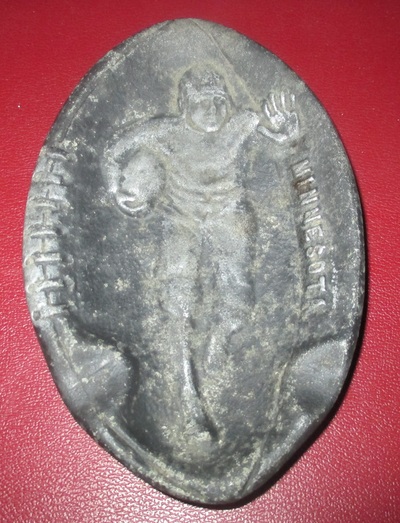 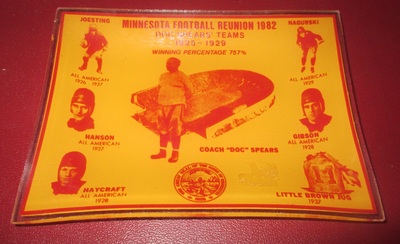